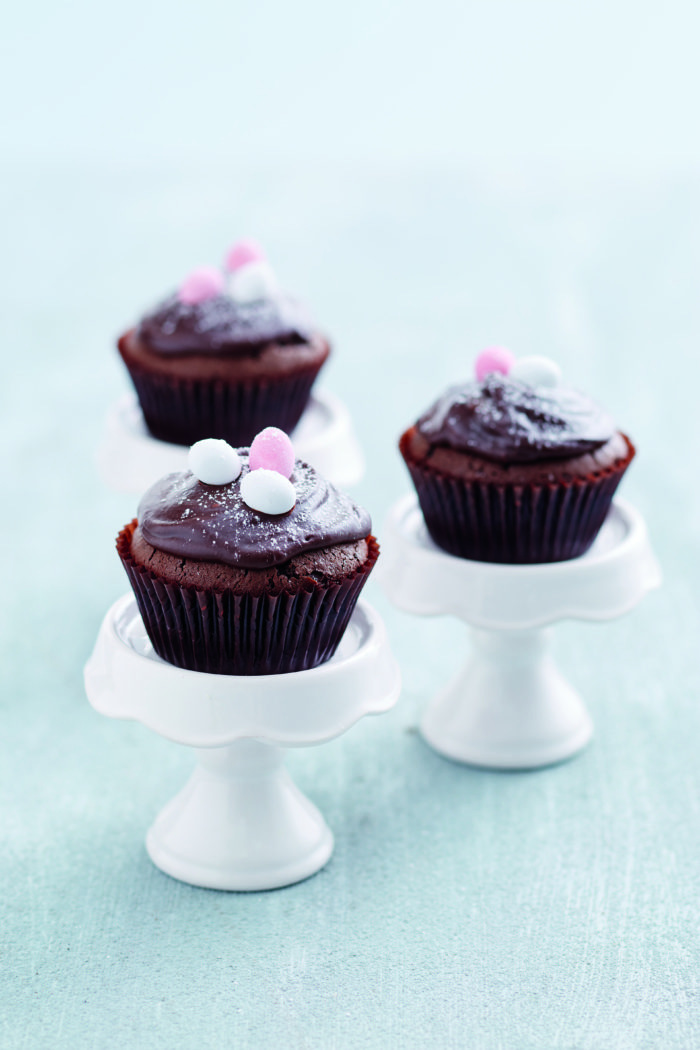 Beat butter and castor sugar together in a large bowl with an electric mixer at high speed, until well blended. Add eggs, one at a time, beating well after each addition. Blend in vanilla extract.

Combine flour, baking powder and salt in a medium bowl. Add to butter mixture alternately with sour cream, beating well after each addition.

Add cocoa mixture to the batter. Beat until well blended.

Pour batter evenly into cupcake cases. Bake for 12 – 15 minutes or until a skewer comes out clean.

For the ganache frosting: Bring cream to the boil. Reduce heat to low and stir in milk chocolate buttons until chocolate is completely melted.

Take off the heat, stir in butter and let it cool down. Add peanut butter and beat with electric mixer until light and fluffy. Ice cupcakes as desired.

For even more rainbow fun, decorate the cake with rainbow stripes of brightly coloured smarties. …

For a more special occasion, try your hand at a royal icing instead, which allows for beautifully detailed and intricate…

Sprinkle with a dusting of parmesan cheese or seasame seeds before baking. …

Always a stunner piled high with fresh cherries! Try fresh rose petals if cherries are out of season. …
Discover how to prevent and protect yourself from the COVID-19 pandemic here.